“A wizard does not make mistakes, he makes unexpected possibilities.”
―Merlin to Douxie[src]

Wizards/Witches (also called sorcerers/sorceresses, mages, etc.) are those who have great knowledge and power over the use of mystical forces commonly known as magic to perform various feats that defy the laws of nature.

Wizards can be humans and trolls who are skilled practitioners of the art, or even demigods.

It has been implied that only a few wizards (such as Merlin and Morgana) have existed on Earth long before the creation of man, much like trolls and even Akiridions.[1][2]

Eli has discovered that some wizards actually live a normal life like that of average civilians, even in modern times (most likely to hide their true natures).[3] It can be theorized that they are constantly practicing/honing their magic powers in secret, as well as increasing their knowledge and skills.

Given the fact that both humans, trolls, and even demigods can be classified as wizards, their appearance can range from human to monstrous. Most are usually seen wearing suits of armor (regardless of whether they are in battle or at ease) and carrying some manner of mystical paraphernalia.

Wizards and witches are well known for their capability of performing enormous feats of magic. A few wizards have a gift of glimpsing the future, yet they are not always clear.[1] Powerful wizards are also able to absorb the magic of others[4][5] and even appear as spiritual projections regardless if their bodies are imprisoned[6][7][8][9] or under deep slumber.[10] Most are also immortal, as they can live (as well as sleep)[1] for thousands of years without dying or aging, and no mortal weapon can kill them, especially a few magically-crafted ones (like when Jim tried to impale Morgana with his Eclipse Blade, but she was completely unfazed).[4]

They can also be very skillful speakers, being able to twist reason and logic (with or without the aid of their magic) to get what they want. This would make them very skilled manipulators, whether being good (as in "doing what they have to do" for the sake of the greater good) or evil (as in treating allies as "pawns" to get what they want for their own sake).

Wizards also appear to be significantly stronger and can react faster than ordinary humans,[11] as well as possessing high invulnerability (either due to their magic, armor, or both).[4]

Despite their nearly-unlimited power, a wizard's magic can be depleted if they use too much of their power all at once. This leaves them losing most of their magical powers and being rendered unable to use magic beyond simple "parlor tricks" (if they still have some magic left in them).[1]

Also, in many incarnations when concerning with magic, the arcane energies of the universe requires a delicate balance, as a spell's action may result in a certain reaction (especially to the universe and/or the spell caster, depending on the severity of the spell in general). Their spells can often be unpredictable, as it's also the very nature of magic.[12]

Dark magic is also something a wizard should always be considerably wary of. Although dark magic doesn't always necessarily mean "evil" magic, it still possesses major consequences either way which can get easily out of hand and/or cause a significant form of damage/transformation to the caster. Although dark magic could (in a way) aid in a certain situation, there is still a certain dark reaction like a form of "self-sacrifice". It could leave the wizard highly addictive and susceptible to negative influences, open to corruption, having to face their own darkness, etc.

Presumably, inexperienced wizards may have little control over their powers, which can make them mildly to extremely dangerous without proper training and knowledge. They may also be considerably weaker than experienced wizards. 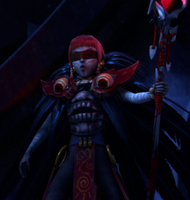 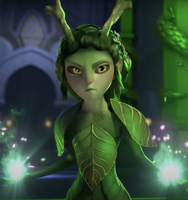 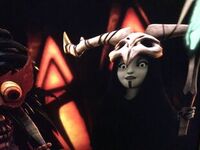