“Its last known whereabouts had it in the possession of TrollDragons, a race so secret, so ruthless, even I have not seen them with all my eyes.”
―Blinky[src]

TrollDragons are a race of dragon-like Trolls.

The TrollDragons live in a copy of TrollMarket located under the Stonecarver Bridge in south China. Its leader, Zong-Shi, keeps them enslaved and isolated from the outside world due to his obsession with the Krohnisfere and the evasion of his fatal destiny. After the death of Zong-Shi and the destruction of the Stonecarver Bridge, Charlemagne and Archie set out to take control of the TrollDragons.

They are suspicious of sorcery, so their home is resistant to shadow magic.

The TrollDragons are a race of dragon-like trolls 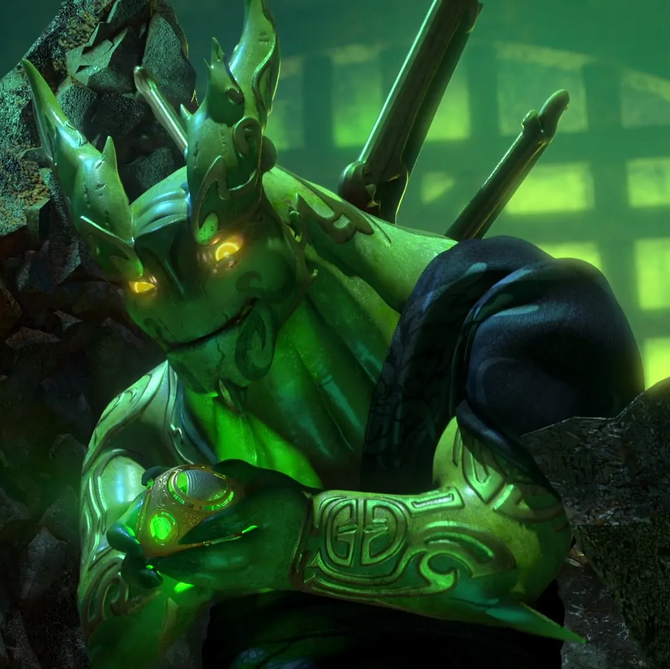