Simon Spotlight
The Book of Ga-Huel is the third novel of the Trollhunters book series written by Richard Ashley Hamilton. It was released on June 26th, 2018 by Simon Spotlight.

For centuries, Changelings have recorded the history of Trolls and Gumm-Gumms in The Book of Ga-Huel. This ancient tome is, literally, a living document with new entries mysteriously appearing—or disappearing—in it. When Trollhunter, Jim Lake, Jr., gains possession of the book, he and his friends are fascinated by what they discover. But when a new passage appears and it points to the death of a beloved friend, the team must race against time to uncover the invisible force predicting a future no one is willing to face. 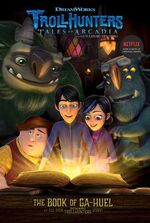 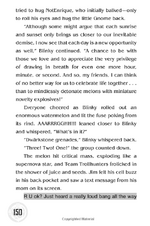