Entering the Void Between Worlds to receive council of past Trollhunters

The Soothscryer is a trollish machine which determines if the user person is worthy of a great destiny when they place their hand inside.

It also acts as a gateway to the Void Between Worlds.

The Soothscryer has been in existence for hundreds of years and determined the worthiness of every previous Trollhunter.

When Jim was taken to Heartstone Trollmarket for the first time, Vendel introduced him to the Soothscryer and asked him to place his right arm inside its mouth, so that it may determine his worth. However, the Soothscryer threw him out the mouth, suggesting that it was undecided since no human was ever chosen to bear the mantle before.

Later, the Soothscryer finally determines that he was worthy after his triumph over Bular, and called to him. Jim went up and was transported to the Void Between Worlds, where he finally meets the spirits of his predecessors, from Deya the Deliverer to Kanjigar the Courageous.

When a game PyroBligst was hosted in the Forge between Jim and Draal versus the Krubera, the Soothscryer served as a goal.

After his resurrection, AAARRRGGHH!!! was also summoned to act as a host body for Kanjigar.

During the Eternal Night War, the Soothscryer emerged as AAARRRGGHH!!! punched his hand into it, releasing all the past Trollhunters' spirits to aid in the battle against Morgana.

In Aja and Krel Tarron's search for Gaylen's Core, Blinky recommended they consult the Soothscryer. With Toby and AAARRRGGHH!!!'s aid, they reach the Soothscryer. At Toby's instruction, they prepare to insert their hands when the spinning teeth stopped abruptly before the artifact issued an ominous sound; Toby noted that never happened to Jim. Kanjigar's spirit soon emerged and guided Krel to Gaylen's Core's hiding place in the Deep.

The Soothscryer looks like a terrifying troll head carved out of stone. It has six glowing red eyes, and razor-sharp teeth.

The Soothscryer judges one's true spirit if they are worthy of being the Trollhunter. If not, it'll bite off the user's arm.

It is also a portal to the Void Between Worlds and a way to summon the spirits of previous Trollhunters. 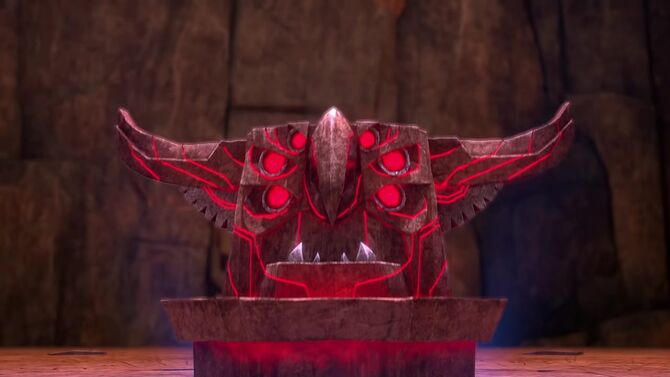 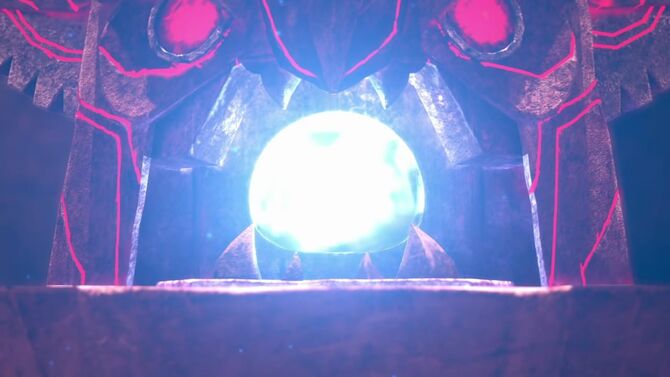 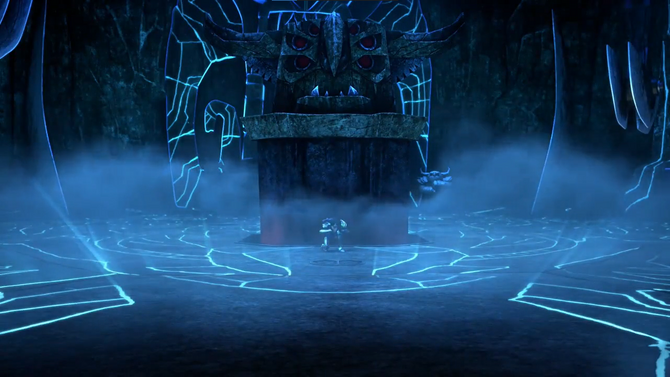 Soothscryer in the Void Between Worlds