Large, have wings, can breathe fire

Dragons are a species of winged, fire-breathing creatures residing in various locations. They can also choose other forms, such as that of a cat.

Dragons typically live in caves or dens. They are in general friendly and approachable, and very erudite. Often portrayed as violent and demonic by humans, dragons are gentle creatures, not prone to violence. They are also fiercely loyal.

Dragon familiars can choose any form of their liking, but will retain their wings. Their wings can be made invisible and used when needed.

Dragons are said to have some degree of shapeshifting, although only Archie displayed this power. According to his father, Charlemagne, a dragon chooses an alternate form at a certain age. It is implied that dragons' shapeshifting is limited to some degree.

Dragons are typically very knowledgeable in magic, being able to identify magical creatures and combat different spells easily. Draconic is the official language the dragons. They are able to decipher it with ease, allowing them to help with decoding documents. 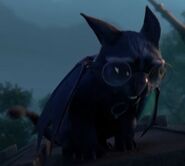 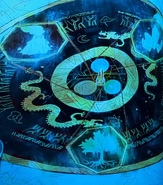 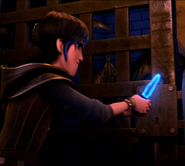