Tales of Arcadia is a computer-animated science fantasy franchise created for Netflix by visionary filmmaker, Guillermo Del Toro, and produced by DreamWorks Animation and Double Dare You.

The installments of the trilogy, Trollhunters, 3Below, and Wizards, have all been released worldwide.

A full-length feature film, Trollhunters: Rise of the Titans, which will serve as the grande finale to the saga, is set to be released in the first quarter of 2021.

Trollhunters: Defenders of Arcadia, which allows you to take on the mantle of Trollhunter yourself, is available for PS4, Xbox One, PC, and Nintendo Switch.
Trilogy 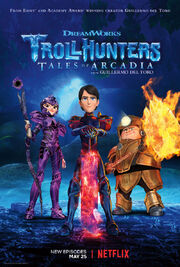 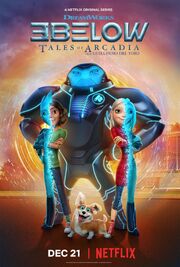 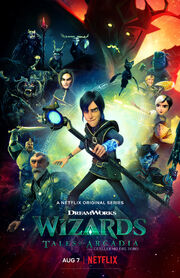 Trollhunters:
Rise of the Titans
(2021)
Legends 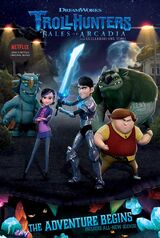 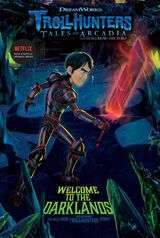 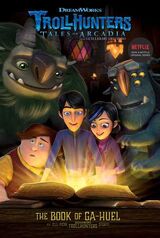 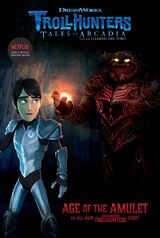 Age of the Amulet 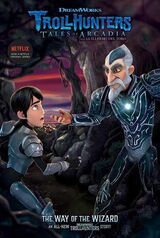 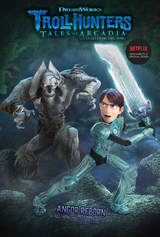 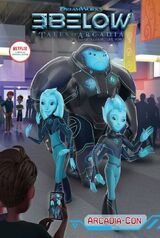 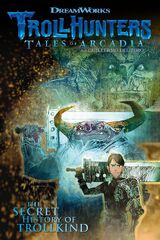 The Secret History of Trollkind 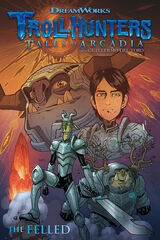 The Art of Trollhunters

Retrieved from "https://talesofarcadia.fandom.com/wiki/Arcadia_Oaks-pedia?oldid=52250"
Community content is available under CC-BY-SA unless otherwise noted.